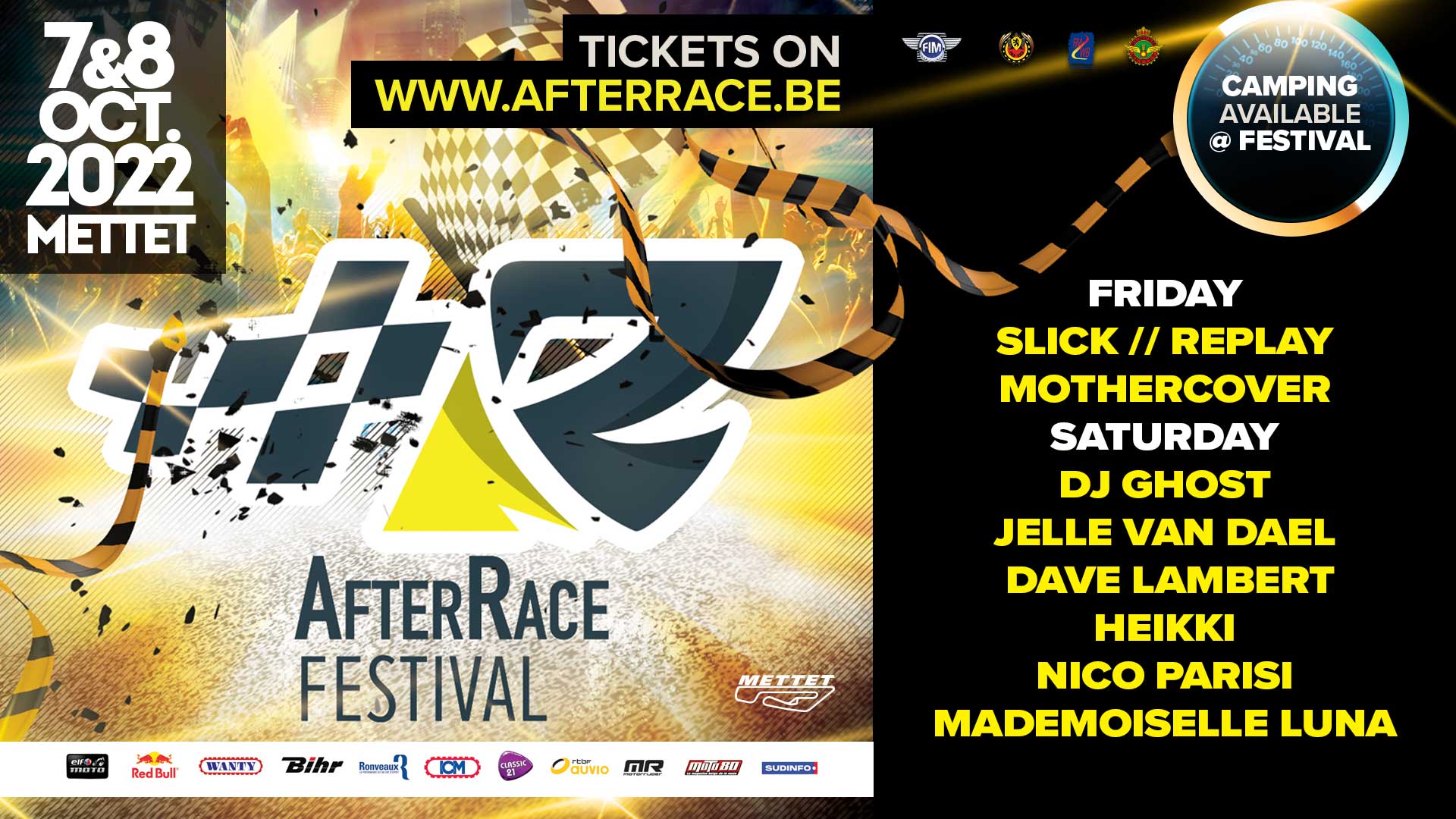 Posted at 13:01h in Uncategorized by Zelos Zelos

The Jules Tacheny circuit is putting on a big show to celebrate the 35th anniversary of the ELF Moto Superbiker.

This year, the Royal Union Motor Entre Sambre et Meuse innovates again, and organises an exceptional music festival, under a big top, the After Race Festival, which will electrify the atmosphere on the Mettet circuit even more.

On Friday 7 October, after the first two-wheeled jousts, it’s time for rock with three cover bands. Slick, Replay and Mother Cover. From 6 p.m. to 1 a.m., these three Belgian groups will revive the hits of the last thirty years.

On Saturday 8 October, it’s DJ time with Mademoiselle Luna, DJ Ghost, Jelle Van Dael, Dave Lambert, Heikki and Nico Parisi. From 6 p.m. until 2 a.m., the circuit will be rocking with an avalanche of wild rhythms with the After Race Festival.

The After Race Festival is open to everyone.

However, the After Race Festival is open to all weekend ticket holders. end ticket for the Elf Moto Superbiker.

Manage Cookie Consent
To provide the best experiences, we use technologies like cookies to store and/or access device information. Consenting to these technologies will allow us to process data such as browsing behavior or unique IDs on this site. Not consenting or withdrawing consent, may adversely affect certain features and functions.
Manage options Manage services Manage vendors Read more about these purposes
View preferences
{title} {title} {title}