The 34th Superbiker, a success story

At the beginning of the 1980s, the Royal Union Motor Entre Sambre et Meuse (RUMESM) organised almost everything associated with international motorsport races. But times changed, the motocross of Bosseuses vanished and it had to be acknowledged that it was getting harder and harder to attract the great international champions to the Grand Trophy of speed. The RUMESM itself understood that a new race needed to be added to the schedule, in order to preserve the club’s reputation.

So, when the new discipline from the United States came to Europe, Michel Fievet and Freddy Tacheny were very interested. This new discipline was “Supermoto” where riders from all disciplines competed on a course that required both speed and motocross techniques.

Organising this race for the month of October was rather surprising. However, for the first event, the autumnal sun shone down. The discipline was that of beginners. The machines came from motocross. They had trail tyres and sometimes the front brake was replaced by a more powerful adaptation. Starts are called once the engines are running, in neutral and ridden with the left hand on the helmet (so the clutch cannot be used before the national flag is brought down). Sometimes the machine backfires a bit, but the spectacle is exciting. Georges Jobé, multiple world motocross champion, won this first Mettet Superbiker in front of Jean-Pol Mingels (who was none other than the son of Auguste, the European motocross champion in 1953 and 1954, riding a bike from the FN factory).

The following year they did it all again. There were more spectators and competitors as well. The Frenchman Laurent Pidoux stood out. And from 1989 onwards, with the victories of the American Broc Glover, the Superbiker became a recognised important meeting on the racing calendar. 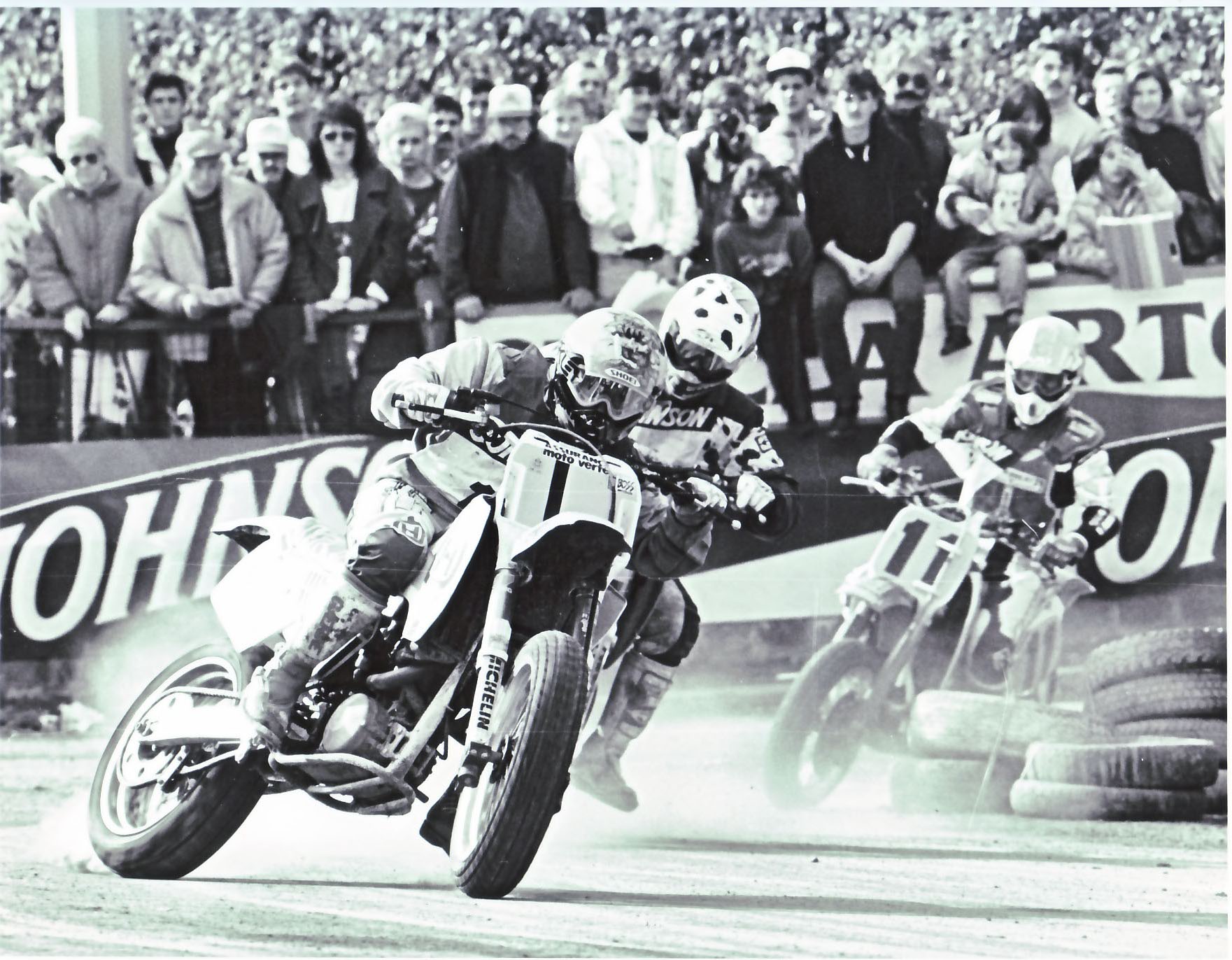 In 1990, a huge crowd came to this great motorbike meeting in the course of which the organisers set up a raft of activities alongside the sports program.

This assortment of races, and shows of all kinds, appealed to both young and old, making the SUPERBIKER a real family event !

On the way for the 34th edition

This was definitely a good idea because in 2020, the 34th Superbiker event will take place! Over the years this race has proved to be the biggest motorcycle competition organised in Belgium.

The Jules Tacheny Circuit will morph once again into a world motorcycling temple over October 9, 10 and 11, with skids and jumps in quick succession at a nail-biting pace over an ultra-fast track which alternates between tarmac and off-road. Non-stop thrills and spills are assured where the audience can get right up close to the action, including some truly breathtaking acrobatics by the planet’s best stunt and freestyle riders.

Among the novelties this year, we note the organization of an After Race Party on Saturday, October 10 from 5pm to 12pm!

Over 400 race riders are expected at Mettet this October across various levels: Supermoto, Senior, Junior Superbiker, Prestige and Quads. The “Legends” will also be back on TM bikes, like in 2019.

Superbiker organisers welcome you to Mettet for the 34th edition of this Supermoto Mecca which, just like in 2019, is set to be packed with surprises for newcomers to the sport and will have everyone from die-hard fans and regulars to motorsport virgins and the merely curious captivated for life. 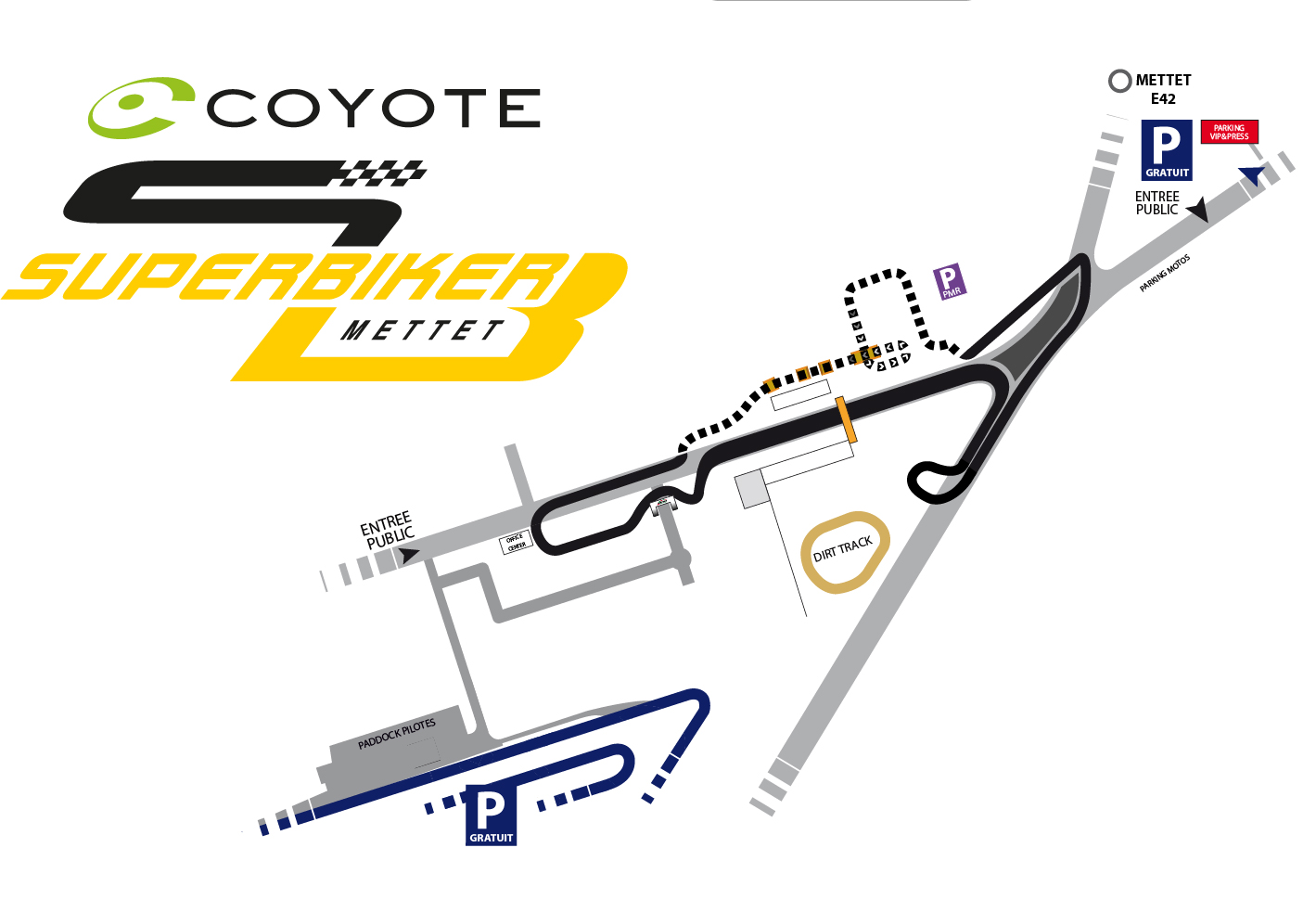